>  Recipients
1 - Circumcision and suffering: from ignorance to denial
2 - The American culture of circumcision of newborns taking over the whole world
3 - In France: internal refugees
4 - From “freedom of religion” to “freedom to coerce”
5 - A global consensus within reach on the age of consent to circumcision
ATTM - Open letters to Muslim and Jewish religious leaders
ATTM - Press kit

To Marlène Schiappa, Secretary of State for Equality between Women and Men and for the Fight against Discrimination

Launch of this international campaign: summer 2019

The signatories of this appeal, who wish for the abandonment of sexual mutilation, congratulate you on your initiative for an “excision plan”. A plan addressing male sexual mutilation is also needed: it is estimated that 1 in 4 boys in the world has been circumcised in the absence of free and informed consent and without medical necessity.

1 - Circumcision and suffering: from ignorance to denial

Ignorance - Circumcision is an irreversible removal of the foreskin that can cause severe suffering for the rest of one’s life. There is no institutional recognition of this physical and psychological suffering, which has not yet led to any investigation, prevention or reparation. A sign of hope: such a recognition was finally made in 2016 in the UN Committee against Torture’s criticism of France regarding intersex children, an awakening to the fact that women are unfortunately not the only victims of sexual mutilation (“Pour l’arrêt des mutilations des enfants intersexes” Libération 10 September 2018).

Denial - Scientific studies have shown that circumcision of newborns causes extreme pain, characterized for example by a significant increase in heart rate and cortisol levels. [1] This extreme pain is hardly surprising, since the foreskin is the main sensory unit of the penis, and effective anesthesia at this age would entail a higher risk of death. Astonishingly, no child protection institution seems to be concerned about this.

United States - In addition to the severe pain inflicted on millions of babies, newborn circumcision could cause 100 to 200 deaths each year in the United States alone. This figure is obviously questionable since, oddly, there are no official statistics in the world that would make it possible to get a clear picture. Indeed, homicides of this type are hidden through attribution to “hemorrhage, infection, cardiac arrest, anesthetic accident…” and not to “circumcision”, which prevents them from being brought to justice. What compelling reason is there for this aberration by the world’s leading power? The fight against masturbation. This is the forgotten religious origin of an American tradition born more than a century ago and constantly in search of a scientific justification. Alone in the world and against all evidence, the American Academy of Pediatrics continues to claim that “the health benefits of newborn male circumcision outweigh the risks”.

WHO/UNAIDS - The extensive circumcision campaign launched in 2007 by the WHO and UNAIDS, inspired by the American model, also takes aim at newborns: “Since neonatal circumcision is a less complicated and risky procedure than circumcision performed in young boys, adolescents or adults, such countries should consider how to promote neonatal circumcision in a safe, culturally acceptable and sustainable manner.” UNICEF supports this campaign, despite its mission “to advocate for the protection of children’s rights, to help meet their basic needs and to expand their opportunities to reach their full potential.”

Lack of consent? It is hard to believe that the 20 million Africans already circumcised as part of this campaign, funded by American philanthropy [2], have given their “free and informed” consent:
- to the irreversible loss of an essential part of their sexual faculties;
- to the extreme pain of their newborns;
- to circumcision that is “riskier”  for adults than for newborns, when this risk is already unacceptable for newborns.

If it is proven that there has been a lack of consent, a hypothesis that an international commission of inquiry could easily investigate, those responsible for this campaign should be sanctioned and financial compensation should be paid to the millions of African victims whose voices are ignored by the media.

Whole world - Since 2016, UNAIDS, supported by the U.S. President’s Emergency Plan for AIDS Relief (PEPFAR), UNICEF and WHO have set the goal of expanding male circumcision to the “whole world”, including an additional 25 million people by 2020.

All victims of the ideology of reproduction [3] - The ideology of reproduction, which goes back eons, is the social discourse that makes reproduction a requirement, a norm for all. It is a subconsciously internalized discourse of which we are all victims, because it gives priority to reproduction at the expense of alleviating suffering. The absurd religious motive of fighting against onanism is one of its many manifestations, like the patriarchal oppression of women, the prohibition of contraception or homophobia. In fact, circumcision does actually have the mechanical effect of limiting the possibility of masturbating, even to the point of preventing it, another highly harmful consequence among others that the WHO campaign causes to men and women’s sexuality. At the same time, the invasion of American pornography has prepared a new generation for the norm of the circumcised man. A norm that has colonized South Korea since the Americans landed in 1945. In the post-WWII period, the United States similarly put pressure on Europe in order to spread the practice of circumcision. It was again from the United States that in 2018 considerable pressure was exerted on Iceland, which wished to extend to boys the protection already guaranteed to girls regarding sexual mutilation. And tomorrow?

Denial of justice - A catalogue of discrimination between women and men in the area of sexual mutilation has yet to be established: this is part of the mission of your State Secretariat. The latest example is the 2018 “asylum and immigration law” which restricts the protection of boys only to cases of sexual mutilation “likely to alter their reproductive function”. If this law had respected equality with women, France would have many internal refugees who today suffer from a denial of justice: how many case dismissals have there been where minors were ritually circumcised against the will of the mother or father? How many deaths and irreversible complications related to this amputation were performed without medical necessity and even less the consent of the child? Where should minors threatened by their own parents find a haven? What legal support can they rely on to escape their sexual mutilation or at least have it redressed? As you said for “little girls”, there are still too many little boys “who leave peacefully on holidays with their families without knowing” that they will be circumcised there.

Social costs - This is a case of seemingly anecdotal discrimination that reveals the extent of the scandal. In fact, public funding covers the costs of reconstruction for female sexual mutilation, but not for circumcision, such as the costs of restoring the foreskin. As the circumcision rate is 14% in France, while close to 0% in the Nordic countries and Japan, can we really assume that this gap does not include sexual mutilations for which compensation should be paid on the basis of equality with women? Has the Court of Auditors verified whether the reimbursements for circumcision made by social security - 80’000 in 2011 - correspond to a medical necessity based on genuine informed consent? The height of irony would be for taxpayers’ money to be used tomorrow to make reparations for damage that these same taxpayers financed today. It would be sufficient to adopt prior agreement in France, as of 2020, to attain a rate of less than 1% of refundable circumcisions, as in the model case of Finland. In the United Kingdom, the rate of neonatal circumcision plummeted when “the new British National Health Service decided no longer to reimburse it”. How many tens of millions in annual public savings could be achieved by prior agreement, taking into account the full costs of circumcision, including emergencies and reparations in the case of complications? These are resources that could be well used for programs to prevent and repair female, intersex and male sexual mutilations.

Educate on penis health - The practice of forced retraction of the foreskin also needs to be included within the scope of male sexual mutilation. At birth the foreskin and glans are fused, but they spontaneously and gradually separate during childhood. Retraction of the foreskin is possible at very different ages, depending on the individual, which is normal. Forcing a retraction of the foreskin can cause injuries or other complications that could lead to the need for its removal. Much evidence attests to the persistence of this invasive, unnecessary, traumatic and harmful practice, whether within the family or in a general medical or hospital setting, or even in schools. We must put an end to the dangerous myth of of circumcision being more hygienic, which also serves as an excuse. A proper training program needs to be introduced in the field of penis health.

4 - From “freedom of religion” to “freedom to coerce”

Secularism - It is high time for a secular voice to be heard, as non-consensual ritual circumcision is truly a form of “violence against men”. Especially since this kind of breach of children’s sexuality has recently received the unfortunate support of a front of Catholic authorities and other branches of Christianity. [4]

Freedom to coerce - In the case of such violence, the claimed “freedom of religion” is really a “freedom to coerce” the most vulnerable: a clear contradiction. As for the pretext often invoked by supporters of traditional circumcision that it reduces the risk of HIV infection from women to men in the case of vaginal penetration, this is clearly not relevant to boys too young for such relations.

Public debate - In the face of this “crossfire” regarding children’s sex organs, we call for a public debate on the conditions for consent to circumcision, in a spirit of compassion. The symposium on the future of circumcision organized in 2015 by the “Association des Médecins Israélites de France” (Association of Jewish Doctors of France) and the “Fonds Social Juif Unifié” (United Jewish Social Fund) paved the way for such a debate, recognizing that the circumcision of newborns causes inevitable pain and a risk of complications, and that it must be postponed in certain situations. It is with a view to agreeing to circumcision performed only at the age of truly free and informed consent that we have informed Muslim and Jewish religious leaders of the launch of this appeal.

From the G7 to the whole world - We ask that the subject of circumcision be one of the “priorities of the French presidency of the G7”, on a par with female sexual mutilation, without forgetting intersex mutilation. Shouldn’t the world community provide assistance to all children at risk, without discrimination?

We thank you for your kind attention.

Your data will not be published.

Every 3 seconds a child is circumcised in the world

Please give to our campaign

Algoprioritarist: priority to the alleviation of suffering 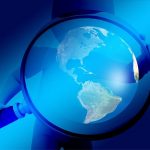